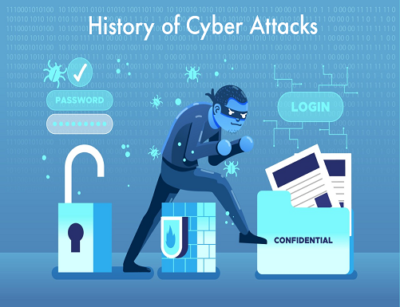 An exciting part is the history of the cyber-attacks consists of a series of cyberattacks employing different technologies that were more like a cyberwar.

These were a series of early operations but can be used to understand the changing cyber-attacks trends. Clipper chip was an operation wherein the attackers incorporated fragments into landline phones of most US homes. With the help of these chips, they could monitor communications that went on using those landlines. Not just that, later it was found that communications over emails and other communications were also observed. Moonlight Maze, another impressive operation, was a cyberattack that mainly aimed at attacking various organizations in the US. The attackers created proxies (proxy identity) to get access to the US organizations’ systems. With the help of these proxies, they (attackers) were able to hide their real identities. When the US government tried to check on this unauthorized information retrieval, they collected information from the proxies and not the real identities or accurate data. Solar sunrise was a vital operation that targeted defence networks by exploiting their system vulnerabilities. They first tried to find out vulnerabilities of the system, and when such a vulnerability existed, they incorporated programs into the target systems that acted like sniffers to gather information. Another operation that was carried out was the Buckshot Yankee. This was aimed at attacking specifically the US defense network. The attack was carried out with USBs’ help that when attached to a device, injected Trojans into the victim’s machine or computer or network. Desert storm was also a type of attack wherein the radars set up by Saddam Hussain for alerting military forces to any incoming airplanes spotted that could cause destruction, were attacked. This was done by tampering the radars with fake information. And last but not least, Bosnia war. Herein, fake news, phoney information was delivered to militaries on the field.

In conclusion, cyber-attacks have evolved with time and intensified. The losses caused because of this also have been showing increasing trends. 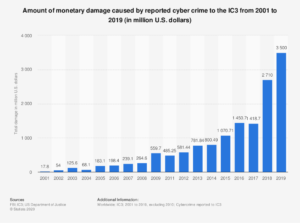 Also reports tell that, majority of  cyber attacks have occurred due to the shortfall of the cybersecurity workforce. This has to be mended before it’s too late to do so. 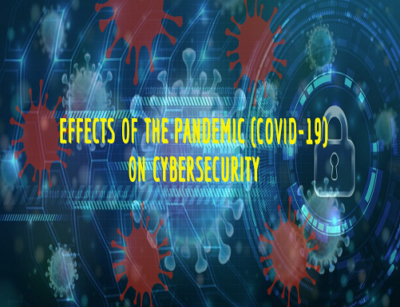 Effects of the Pandemic on Cybersecurity and its Countermeasures