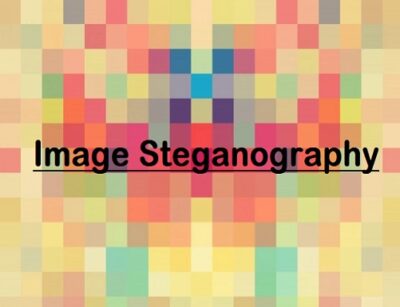 Steganography is a method of hiding secret data into other common data by making it invisible to the viewer. It should not be confused with cryptography as it involves making the data indecipherable and not imperceptible. Encrypted data is visible to the eyes, and the viewer knows that there is some secret message, but he/she cannot read it. In contrast, steganography hides the private data in some other data, and the viewer cannot see the private data.

Image steganography is done by hiding the bits of personal data into an image.

It can be done using:

This method is a spatial domain method. This pixel information of the image is stored in one byte. The first bits containing the image information for every pixel are modified to store the hidden text. The initial condition is that the text to be stored has to be smaller or of equal size to the image used to hide the text.

This image shows how the least significant bit of input data is altered to generate the output image.